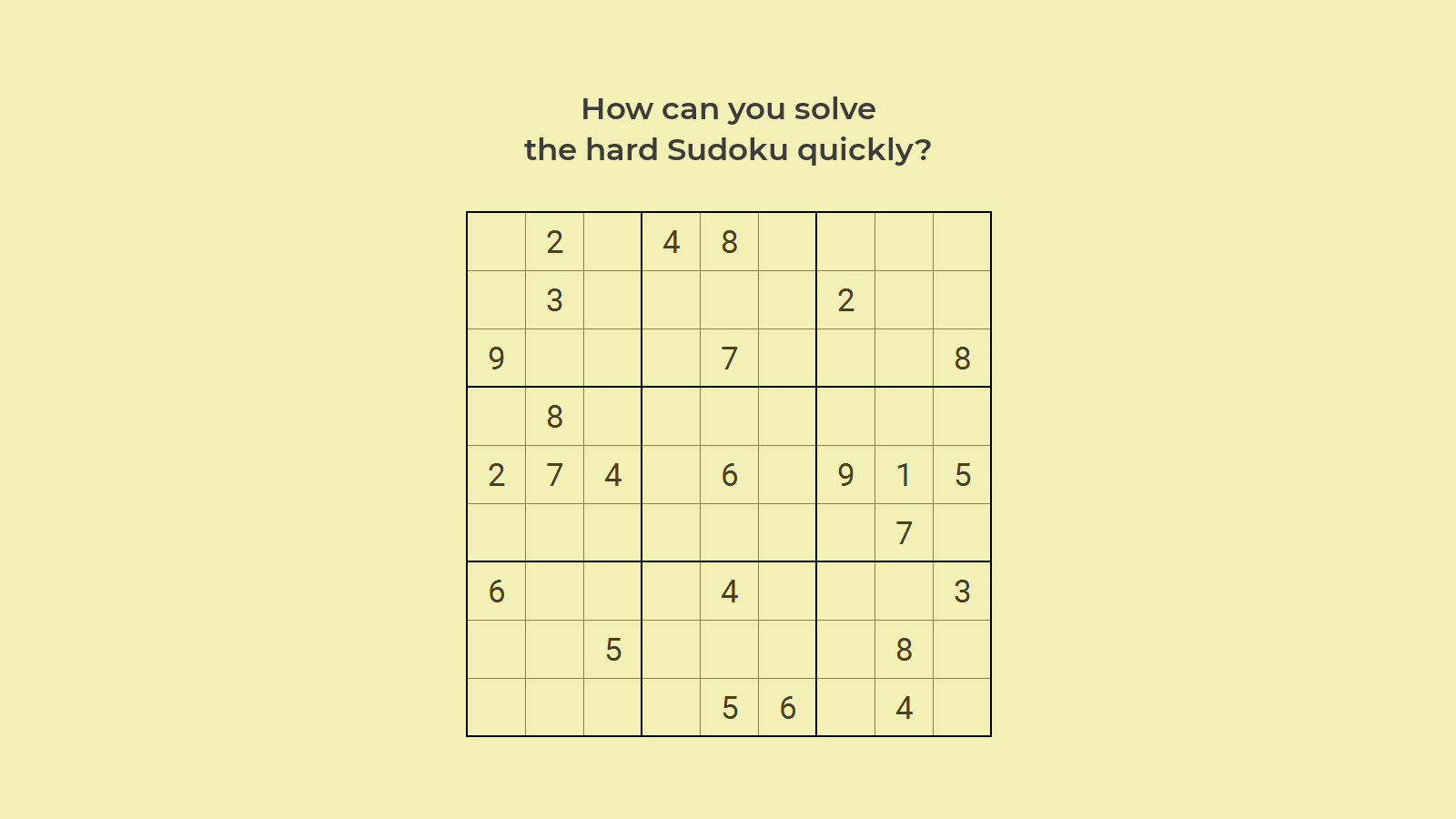 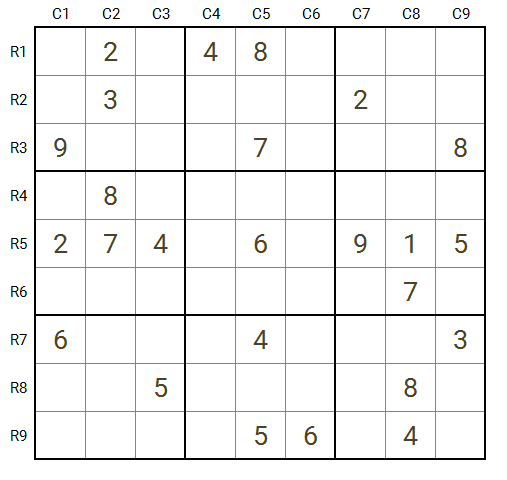 Before going through the solution solve the puzzle first.

As a strategy we always start row column scan from digit 1 and continue till digit 9. In the process we may get valid cells, but otherwise our lookout is for identifying a single digit lock by cross scan.

If we get one, we should get usually a breakthrough in one step or two.

In addition, at this early stage while carrying on row column scan, we remain alert for the possibility of a double digit scan also.

Highlight color of valid cells in this first stage is banana leaf green.

Seriously searching for short length two or three digit possible digit subsets in favorable zones, Cycle (1,2,9) of triplets discovered in C5 -- R8C5 3. And this is an important not so easy to find breakthrough.

This is the second similar breakthrough.

This lock on 3 in R4 debars any other empty cell in R4 to have digit 3.

Results of the actions taken shown.

Highlight color of valid cells at this second stage is light blue.

We'll explain in more details the possible digit analysis in R7C8, the formation of the Cycle of (5,9) and the breakthrough of R3C8 3. This is application of DSA technique.

R3C7 4 by parallel digit scan for 4 on empty cells of C7: eliminating bottom three cells in C7 by 4 in bottom right major square and eliminating R1C7 by 4 in R1. 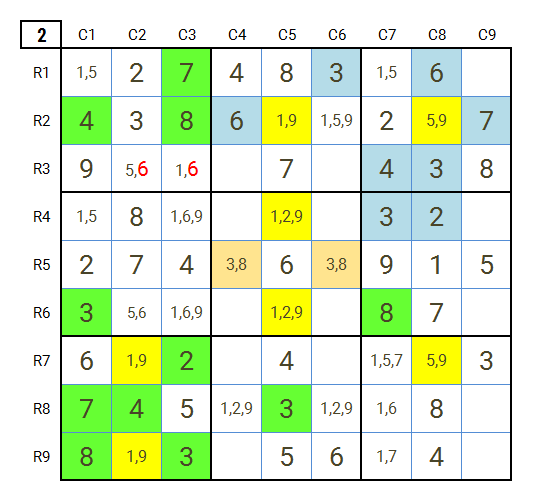 Highlight color of valid cells at this third stage, which is not the last stage, is light grayish yellow.

All breakthrough have been taken care of. 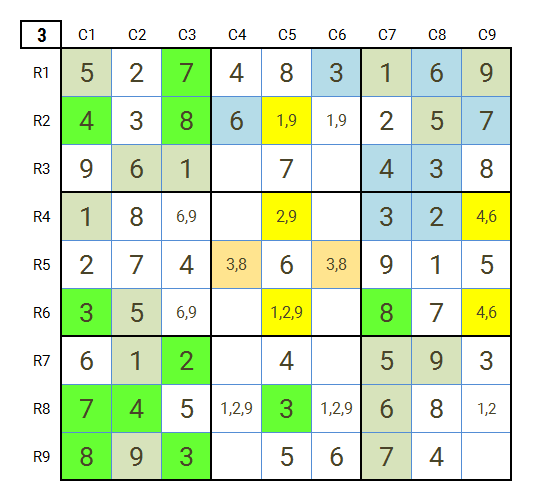 Highlight color of valid cells at this fourth and last stage is light cyan.

There has been no need to unnecessarily enumerate the possible digit subsets in many empty cells thus speeding up the solution.

By the way, Sudoku hard solution techniques are included with many of the solutions.